The Blue Monster to Carnasty: 10 of the most famous golf course nicknames

Nicknames can be endearing.

Or they can feel like a mockery, a verbal knife in the back.

Some golf courses get the former treatment. Many others get the latter. When your buddies give you a nickname like "shorty" or some other demeaning phrase, they're not trying to boost your ego, that's for sure.

I was surprised, when researching this story, how few nicknames I could find for famous courses. Plenty of courses, especially PGA Tour venues, have nicknames for legendary stretches of holes, but only a handful have nicknames themselves.

I cobbled together the ones I've come across in my travels, but there has to be more out there. Do you and your buddies have a nickname for your club or courses you play regularly? Have these nicknames gone mainstream? We'd love to hear about them in the comments below.

This is what members affectionately call the North course at Stonewall, the second Tom Doak course built for the private club in Elverson, Pa. It's more forgiving off the tee than the original Old course, but it's also more exacting on the short game. The Old course is walking-only, and, while the newer North can be walked with caddies, it does allow carts. 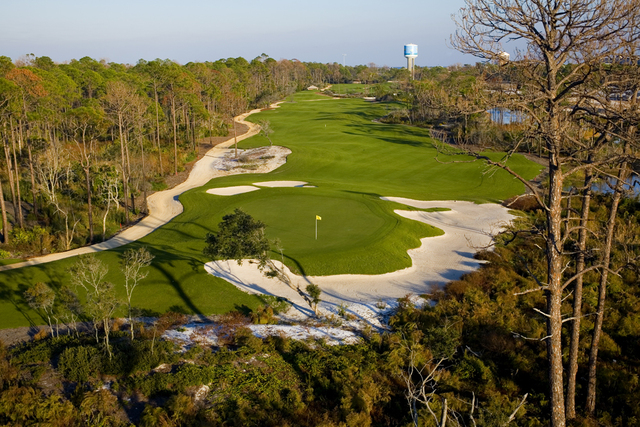 An insatiable thirst for golf balls has earned the Lost Key Golf Club in Pensacola, Fla., this unfortunate moniker. The Arnold Palmer design is incredibly unforgiving. Local Golf Advisor CaptWillard from Mississippi summed up the experience in this recent review:

"Lost Key is pretty, and its practice facility is nice, and the staff are friendly. But the course itself could not be more unenjoyable. The fairways are preposterously narrow. The hazards are EVERYWHERE (for example, the red stakes bordering the 10th green). It’s just not pleasant. I shot my handicap and couldn’t believe it, because based on the amount of fun I’d had, I figured I’d shot 110."

8. The 'Foot' and other abbreviations

Plenty of famous private courses have earned abbreviations that have become part of the lingo when Top-100-chasing golfers brag about their conquests. Winged Foot is simply "The Foot". Tom Fazio's stunning Victoria National in Indiana is "The Vic". Riviera Country Club outside of L.A. is "The Riv". The letters 'RCD' are the code for Royal County Down, the links in Northern Ireland ranked the top course in the world by Golf Digest. 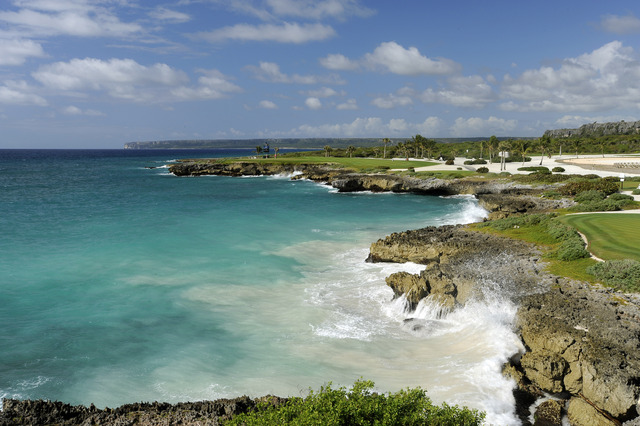 This one is flattery at its finest. Many a golf journalist has taken the easy way out in trying to describe a beautiful course on the water by calling it the "Pebble Beach of (insert region here)." The 27-hole Bay Harbor Golf Club in northern Michigan has been called the "Pebble Beach of the Midwest". Quivira in Cabo, the Bajamar Golf Resort, Cabo del Sol's Ocean course and Punta Mita's Pacifico course have all been hailed as either the "Pebble Beach of Mexico" or the "Pebble Beach of the Baja" (Pacifico is on the mainland). The Royal Isabela in Puerto Rico (via forbes.com) and three courses in the Dominican Republic - Playa Grande (via drescapes.com), Teeth of the Dog at Casa de Campo (via Cigar Aficionado) and Punta Espada (via Tripadvisor) - are in the running to be the "Pebble Beach of the Caribbean." This article by Tim Gavrich runs down the complete list of "Pebble Beach" wannabes.

The nickname for the Golf Club at Thornapple Pointe in Grand Rapids, Mich., is a nod to the 1980s John Hughes movie starring John Candy and Steve Martin. During the round, you are likely to be interrupted by a train on the tracks that cut through the course, and to hear a flight landing at Gerald R. Ford International Airport and traffic noise from adjacent I-96. And let's not forget the boats cruising up and down the Thornapple River. Despite all the intrusions, the 7,040-yard course is a beauty. 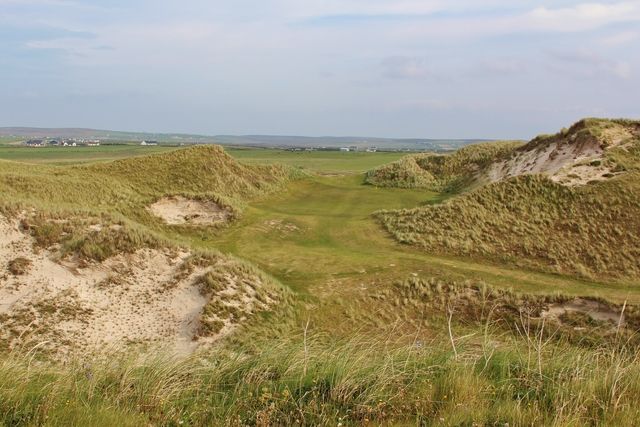 When I first started chasing down top links in the northwest Ireland about a decade ago, I found it so confusing. Was Rosses Point the same course as County Sligo? Were Murvagh and Donegal two separate courses? Turns out, many locals call these links not by their real name, but by the towns where they reside: County Sligo Golf Club is Rosses Point; Donegal Golf Club is Murvagh (the name of the nearby beach and the peninsula where the course sits); and Carne Golf Links is Belmullet. The most famous example is in England, though: Royal Liverpool is Hoylake. Internal out-of-bounds during The Open in 2014 gave Hoylake another dubious nickname, "Royal Out of Bounds."

Pacific Grove Golf Links shares the shores of the Monterey Peninsula - and similar stunning ocean views - with Pebble Beach, but little else is common ground. Pacific Grove is a muni. It's not kept in the kind of shape of a championship course that regularly caters to PGA Tour and PGA Tour Champions events and has hosted six U.S. Opens. But at roughly $50-$70 per tee time, Pacific Grove's quirky but fun, short layout can be played at least eight times compared to the price of one round at Pebble Beach ($575). I've also heard that two other California courses, Sandpiper in Santa Barbara and Morro Bay in Morro Bay, share the same nickname. 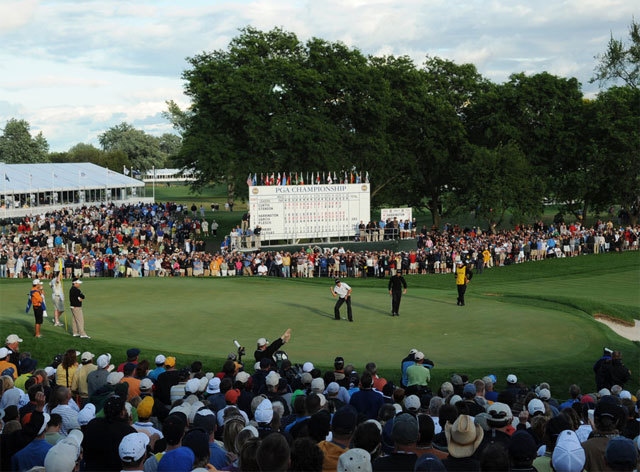 Oakland Hills during the 2008 PGA Championship

There is still some debate about the context and what exactly Ben Hogan said when he called the South course at Oakland Hills Country Club in Bloomfield Hills, Mich., a "monster" after winning the 1951 U.S. Open. But there's no doubting the lasting legacy of his words. This brute remains one of the hardest courses I've ever played, and it will be interesting to see if the alterations by Gil Hanse starting in 2019 soften its reputation.

Perhaps no nickname fits better than this description of Carnoustie, host of The Open in Scotland this week. Carnasty, a seven-time Open host, offers little of the sea views that make other Fife links so delightful to play, and the fearsome 7,400-yard layout (the longest in the Open rota) pummels the meek. Look what it did to poor Jean Van de Velde. We might not see a winner this week. More like a survivor.

Choosing the top spot was a no-brainer: The Blue Monster Course at Trump National Doral Miami. Nowhere else has a nickname became so popular and so synonymous with the course itself that the nickname was adopted to become its sole identity. According to the New York Times, it was the daunting 18th hole that inspired Frank Strafaci, a former tournament director of the original PGA Tour event at Doral, to nickname the course the "Blue Monster" back in 1962. The name lives on, even if the tournament does not.

Jason Scott Deegan
Jason Scott Deegan has reviewed more than 1,000 courses and golf destinations for some of the industry's biggest publications. His work has been honored by the Golf Writer's Association of America and the Michigan Press Association. Follow him on Instagram at @jasondeegangolfadvisor and Twitter at @WorldGolfer.
1 Comments

More from the author

Articles
Golf handicaps are going down in 2020. Did yours?
If you're playing more during the pandemic, did your handicap go down? We dig into the numbers.

Articles
Want to take a golf trip south this winter? Here's what you need to know
Key winter golf markets from Florida to Arizona have varying rules and restrictions amidst the pandemic, so do your homework before you leave.

Insider Tips: How to get on Shadow Creek Golf Club
The host of the PGA Tour's CJ Cup in North Las Vegas is one of golf's most exclusive and expensive tee times.

Articles
Night owls can play golf under the lights at night
Long before TopGolf became popular, golfers who wanted to play after dark had to search for golf courses lit by floodlights for night-time play. We've found 55 such facilities in only 21 states. Here's a convenient guide to help you get your golf fix at night.

Articles
What golf club membership is right for you?
There are all sorts of ways to enjoy the privileges of membership at a golf course, from the muni punch card to private club ownership.

Secrets from the World of Golf Travel: October, 2020
One can only imagine what "October surprises" may lay ahead on the 2020 election front, but you probably want us to stick to golf. We're happy to oblige.

Kira K. Dixon
Lifestyle Correspondent
Now Reading
The Blue Monster to Carnasty: 10 of the most famous golf course nicknames
New Cookie Policy
WE AND OUR PARTNERS USE COOKIES ON THIS SITE TO IMPROVE OUR SERVICE, PERFORM ANALYTICS, PERSONALIZE ADVERTISING, MEASURE ADVERTISING PERFORMANCE, AND REMEMBER WEBSITE PREFERENCES. BY USING THE SITE, YOU CONSENT TO THESE COOKIES. FOR MORE INFORMATION ON COOKIES INCLUDING HOW TO MANAGE YOUR CONSENT VISIT OUR COOKIE POLICY.
CONTINUE
Search Near Me